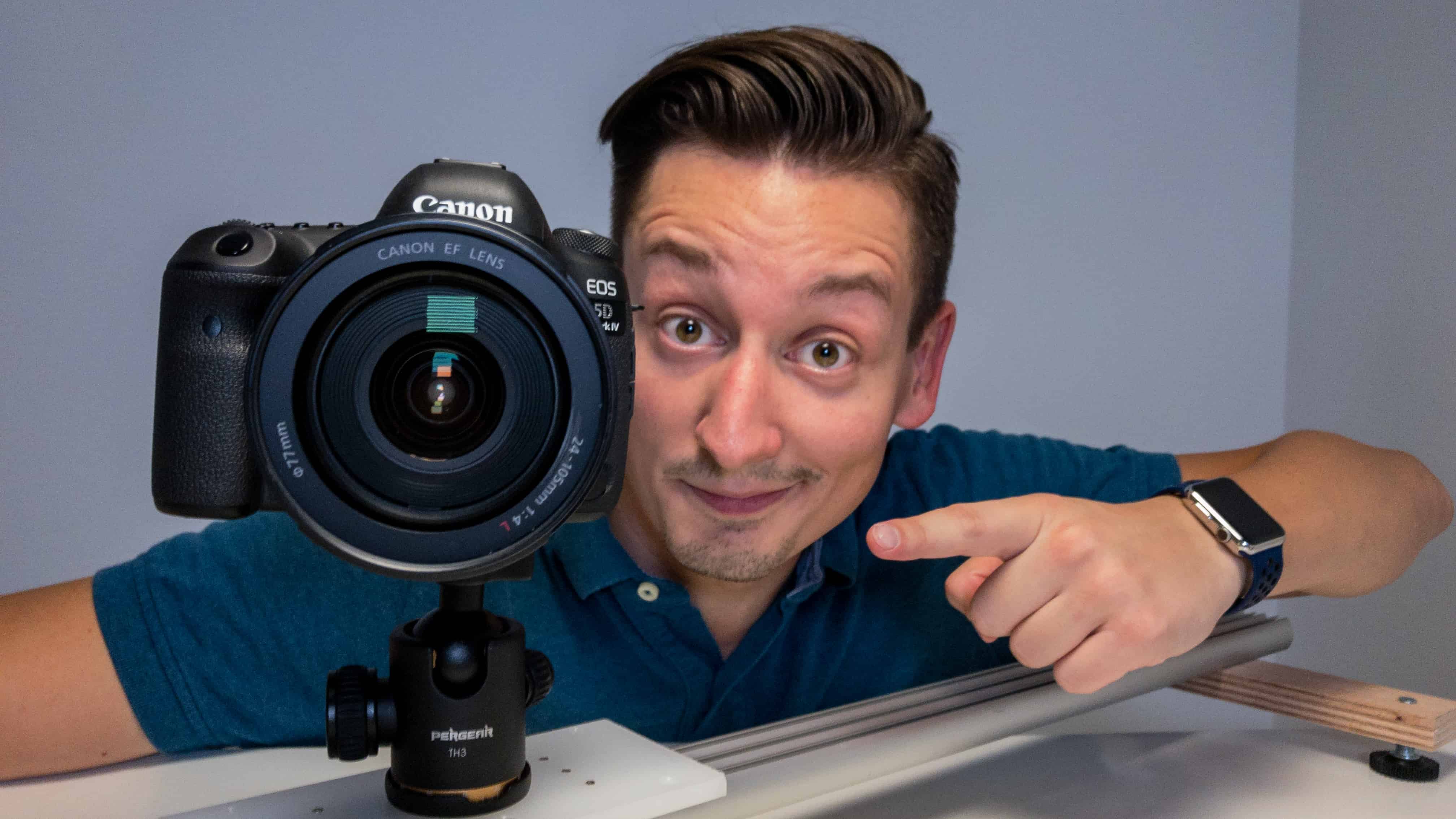 Ever wanted a Camera Slider but don’t wanted to spends lots of money on it? This Tutorial shows you, how to build a professional camera slider out of an IKEA Curtain Rail. This Slider is even strong enough to support a heavy full frame DSLR Camera and it’ll only cost you about 20€ to Build it.

You can get almost everything for this DSLR Slider at IKEA. The only things you need to acquire somewhere else is the Ball Head and the screws. This Setup will work with pretty much every Ball Head or Fluid Motion Head.

To build the slider you need IKEA’s three railed curtain rail called VIDGAR and their cheap LEGITIM chopping board. Also you’ll need a pack of Sliders for the Curtain Rail.
The whole gear costs about 20€. It’ll be hard to find a cheaper and easier solution to build a Camera Slider that can deliver such fluid motions and is versatile like this.

If you follow my instructions and work precisely you’ll end up with a very inexpensive and rigid slider for your DSLR,  that can be easily further optimized or retrofitted to suit your needs.

Let’s start the build by cutting of an 8cm wide slice of the chopping board. This will serve as a base plate for your Ball Head. It’ll be positioned at the middle of the plate, so mark it as a reference point. Now arrange 8 sliders in three rows around the centre. The centre row only consists of two sliders since the spot in the middle is needed for the Ball Head. Be careful when you position the sliders cause they later have to fit perfectly into the rails. If they aren’t aligned correctly you’ll have a lot of resistance or shakes in your movement, which will result in a shaky footage.

After you aligned the sliders, start drilling little wholes for your screws. The Wholes on the Base Plate can be a bit bigger then your screws. So if you are going to use 2mm Screws you can drill with 2mm or even 2,5mm. With this you’ll be able to compensate for imperfections in your work.

It’s now time to prepare the sliders. If you are using 2mm screws use a 1,5mm drill at the middle of the slider. By drilling those holes you’ll reduce the tension in the slider.

You are now able to start your first assembly. Mount the Sliders on to the Base Plate, but don’t make the Screws to tight just yet. This will make it easier for you to slide it on to the curtain rail. Now start to evenly fasten the screws so the slider is still able to move freely but it’s tight enough so it won’t wobble anymore. After you are done with that you already managed the hardest part.

It’s time to mount the Ball Head to the Base Plate. So just drill a hole in the middle of your slider and mount your head of choice on to the Base Plate. Keep in mind that most of the camera gear comes with imperial threads so if you are using metric screws you’ll either need an adapter or you’ll have to use imperial screws.

After you merged the Base Plate with the Ball Head, make sure that slider is still able to move freely and that you have a fluid motion. If not you can adjust the screws on the sliders to optimize the motion. To be on the safe side mount your camera on to it and see what happens. Quick heads up. If you are using a heavy Full Frame DSLR like i am the whole rig will tip over.

To prevent your Camera Slider from falling over, you’ll need to equip it with additional feet. For that i’m using the rest of the Ikea Chopping Board. I cut of two more slices that are 4cm wide. And to be more flexibel I also equip them with adjustable feet. Since the Chopping Board is made out of plastic you can easily add threads to it so you can screw in the adjustable feet. With this method you easily can adjust your slider on the Go and you won’t need any additional tools.

The Feet can be mounted with an M5 nut in the bottom Rail. If the nut fits in tight enough it won’t be able to spin so you can easily fasten the feet in your desired spot.

So still whole setup can be finished within a few hours depending on how handy you are. In my opinion there is no easier and cheaper way to build yourself a Camera Slider that’ll offer you so much possibilities. For example, if you have a long scene to shoot, you even can extend the Slider by adding more rails to it.

Feel free to improve my design and share it with other people so they can benefit from this inexpensive Slider too. We all want to be able to create the best content possible. By expanding our gear with such things we can elevate our quality to a whole new level. So have building your own slider and happy filming.