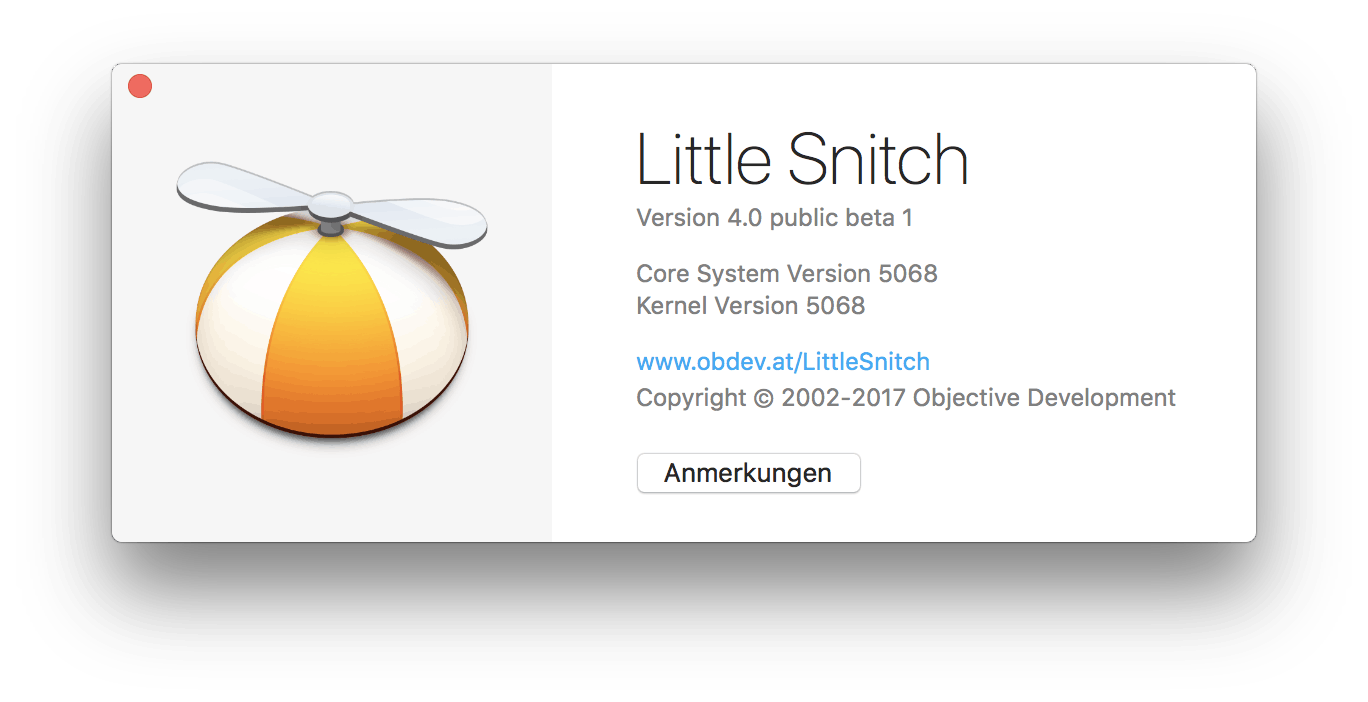 Objective Development released their first Beta of the all new Little Snitch 4.0. You’ll notice immediately that a lot has changed in the new Version. Obdev supplies interested users with a Test Key that expires on the 10.10.2017. Unfortunately your old 3.x Key won’t work with the new Version. Let’s hope that they’ll launch something like an Upgrade Program so you don’t have to buy a new Key. You can grab the Little Snitch 4.0 Beta here.

The biggest evolution in my opinion is the new Network Monitor. Now you can easily see on the map where your traffic is heading and get more information about the app that is generating it. But i’ll miss the “old” little monitor. Maybe we’ll be able to choose between the both in the future.

The Little Snitch 4.0 is the first version supporting MacOS High Sierra that has been released by Apple after the WWDC 2017 on the 05.06.2017. Happy testing everybody.